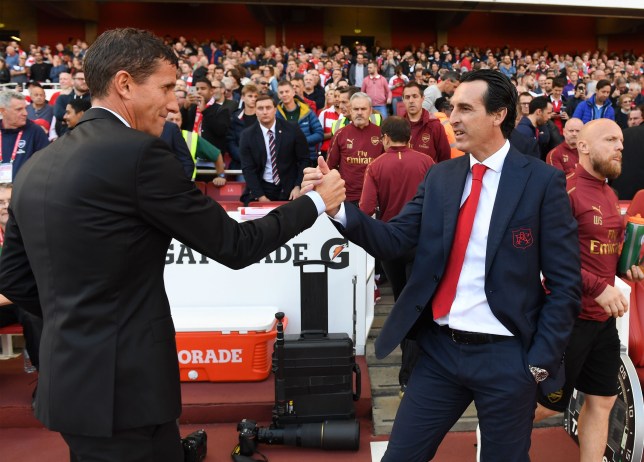 Arsenal manager Unai Emery appears to have been mid-conversation with Javi Gracia when Watford sacked him.

Gracia led Watford to an FA Cup final and their best league finish in more than three decades last season but has failed to win in the Premier League so far this term and the Hornets are bottom of the league with just one point.

They will try to improve on that total when they host Arsenal today but they will do so under a new manager after Gracia was dismissed over the international break, coincidentally during a chance meeting with the boss who was preparing to face him. ‘It’s amazing,’ said Emery.

‘I met him, we found each other last week in my town, in Hondarribia, when I was there with my family. I was walking and in front us was Javi Gracia.

‘And in the moment we started speaking about our match, we finished it knowing he was sacked. It’s a good story, yes?’