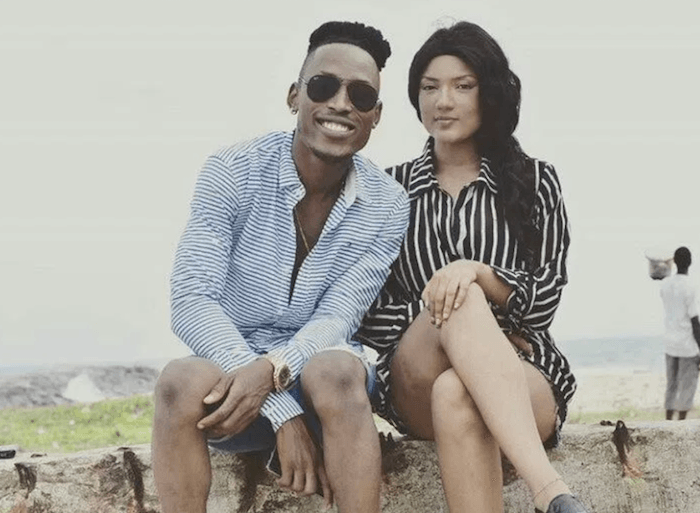 In an interview with Punch, Mr 2Kay has alleged that his ex-girlfriend Gifty Powers stays relevant by attacking him following their Instagram exchange days ago in which she backed an Instagram user who said she must have dumped him because he had body odour.

Commenting on the Instagram exchange that made headlines, Mr 2Kay said Gifty Powers has always been the one attacking him even though he’s a free-spirited person.

He added that he won’t publicly shame the reality show star because she is the mother of his daughter.

“I am a free-spirited person. Have you ever seen me attack her? She’s the one always attacking me. I was saying that I know Tacha and she doesn’t have body odour. People misinterpreted that to mean I had seen her in the morning before her shower, when she is actually my sister.

When Gifty involved herself, I didn’t respond to her. She is the mother of my daughter and I respect my kid, so I won’t react. She doesn’t understand this and she seizes every opportunity to attack me. She’s always using me to stay relevant. Whether I sing or not, I’ll still be relevant but who remembers her name when mentioned? Her existence is tied to me” he said.

On Gifty denying he is the father of her daughter, Mr 2Kay said;

“I know the kid is mine and even if you ask her (Gifty’s) mother, she will say the same thing. When Gifty was pregnant, she denied it. When she had the baby, she denied it also. She’ll soon deny her own self. I was making my own contribution to take care of the baby.

At the moment, I can’t take care of her because of my work schedule and she’s just about to turn two. I know my responsibilities as a father and I perform them and the mother has to do her bit as well. Gifty asked for an outrageous sum of money for a kid that hadn’t clocked one year and she told my sister that she was going to give my kid to another person. I didn’t object but I just said that the kid would look for her real father when she’s grown.”