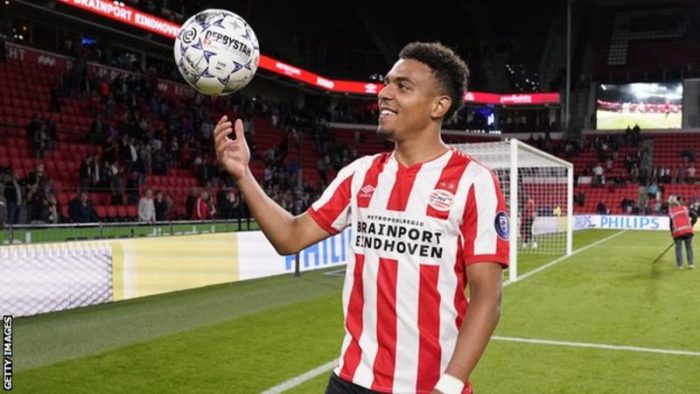 Donyell Malen scored all five goals as PSV Eindhoven thrashed Vitesse, who had started the day top of the Eredivisie table.

The Netherlands forward, 20, opened the scoring from Bruma’s pass before heading in Mohammed Ihattaren’s cross.

He headed in his hat-trick goal seconds after the restart before scoring two penalties in the final 10 minutes.

Watch the Highlight below: