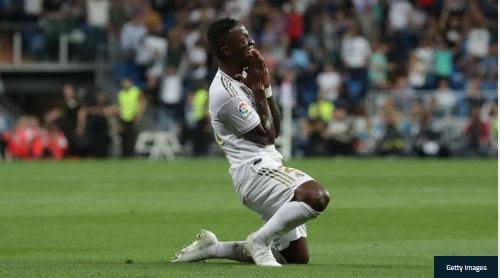 Vinicius Junior and debutant Rodrygo Goes earned a much-changed Real Madrid an uninspiring 2-0 win over Osasuna at the Santiago Bernabeu that sent them top of LaLiga.

Brazilian teenager Vinicius was clearly emotional after finding the net for the first time since February, though a deflection helped his effort beat Ruben Martinez in the 36th minute.

Luka Jovic had what would have been a maiden Madrid goal ruled out by VAR in the second half, but Rodrygo marked his first appearance since arriving from Santos in the close season by opening his account within two minutes of replacing Vinicius.

Watch the Highlight below: