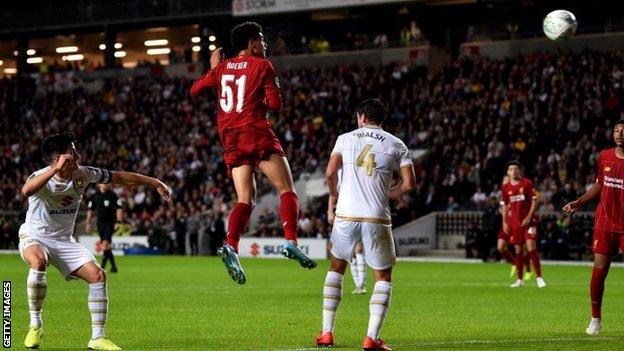 A howler by keeper Stuart Moore set Jurgen Klopp’s much-changed side on their way.

Moore appeared to have James Milner’s fierce strike covered but the ball bounced off his chest and squirmed into the net in front of a club record 28,521 attendance at Stadium MK.

Watch the Highlight below:-