Boko Haram: How Nigerian Troops Are Extorting N200 From Travellers Without ID Cards

Boko Haram: How Nigerian Troops Are Extorting N200 From Travellers Without ID Cards 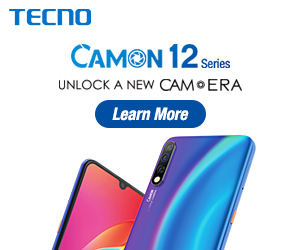 Travellers in commercial vehicles moving in and out of Maiduguri, Borno state, are currently being extorted the sum of N200 per person for failing to carry along with them their national identification cards for clearance at the entrance of the city.

Our correspondent, who went round some checkpoints situated on the outskirts of the metropolis on Tuesday, gathered that travellers have to pay the sum of N200 for their inability to produce, specifically, a permanent or temporary copy of the national identification cards.

“This practice has been in place for four to five years. A combined team of Immigration Service and the military working at the entrance of this town have been collecting N200 from all passengers who could not produce their national ID cards,” said a Hiace bus driver on arrival at a checkpoint in Maiduguri today.

The driver, who parked by the roadside at Jimtilo area, awaiting his passengers to do their clearance with some Immigration personnel, added that it was only “that type of National ID cards” that were being required for the identification clearance at the checkpoint.

“Any passenger, who fails to produce the National ID card must pay N200 at this checkpoint whether they are coming in or going out of Maiduguri. And therefore, we have been experiencing delays on our journeys to and from the city.

“Because, the authorities here insist on one type of identification cards which many passengers do not possess, and most of the passengers are not willing to pay that N200 as a fine and so, the authorities would ask the drivers to offload all the luggage belonging to the erring passenger which is very difficult and time consuming,” the driver narrated.

A passenger, Rebecca, who was aboard a Hiace bus along Bama road, heading to Gwoza town, told our correspondent that she has been paying N200 for failing to produce her “National” ID card.

“Since the road to Gwoza was reopened, I have been paying this N200 at some checkpoints till I reach Gwoza town. I do have two other ID cards, but they only require that specifically, which I couldn’t get time to obtain,” she said.

Our correspondent reports that the Operation Positive Identification which was inaugurated on Monday by the Theatre Command of the Operation Lafiya Dole, did not specify the “National ID card” as only means of identification.

“Troops are directed to strictly check legitimate means of identification such as National Identification Card, Voters Registration Card, Drivers’ License and International Passports or other valid official identification before allowing such persons passage,” said a statement issued on Monday by the Army spokesman at command, Col. Ado Isa.

“Consequently, the Operation POSITIVE IDENTIFICATION is seriously ongoing across the North East. Members of the public are requested to cooperate with the troops by moving along with valid identification cards and present same to the troops in the efforts to rid the North East zone of criminals fleeing for safety,” the statement added

This is very bad