BE THE JUDGE!! Who Is The Better Striker Between Rashford & Abraham? (Football Fans Only) 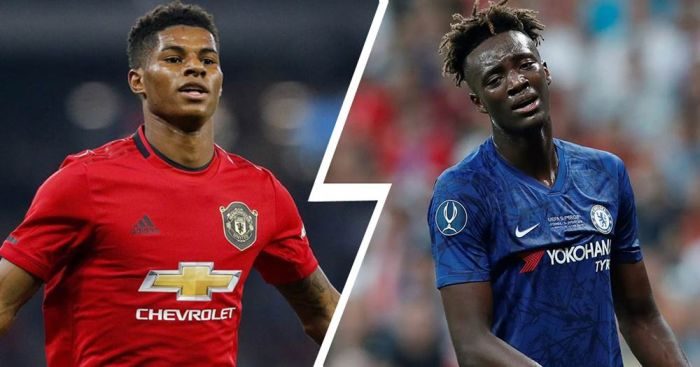 Rashford has been asked to lead the Man United attack this season, and while it’s a huge pressure for the 21-year old, he seems to be handling it well.

So far this campaign, he has banged 3 goals in 5 appearances.

Tammy Abraham is another exciting youngster who is handling the responsibility of a main striker for a big club like Chelsea and boy he is doing it very well.

He has 7 goals from 5 games. Outstanding!

Now we want to know who is the best between the duo.

When i asked a Man United fan, he told me:

‘They are both good but Rashford is better. He knows the Premier League well. He has been carrying this team for a while now. Abraham is new. His form will soon cool down when Premier league defenders study him well.’

Unfortunately before writing this, i didn’t see any Chelsea fan to interview so i will leave the rest for Naijalodites to answer

Who Is The Better Striker Between Rashford & Abraham?

We want to hear from everyone

The post BE THE JUDGE!! Who Is The Better Striker Between Rashford & Abraham? (Football Fans Only) appeared first on Naijaloaded | Nigeria's Most Visited Music & Entertainment Website.