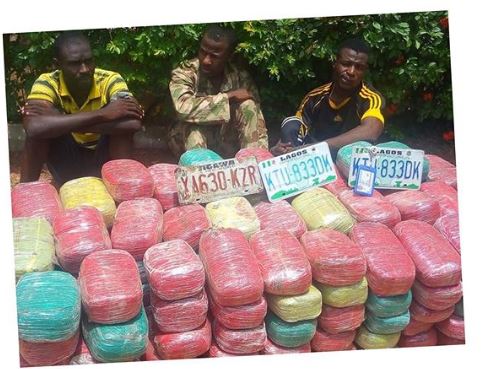 A Corporal in the Nigerian Army has been arrested in possession of 169 blocks of Indian Hemp in JigawaState.

Cpl Muzambilu Abdullahi ran out of luck when their vehicle was involved in an accident while on their way from Kano to the Nigeria-Niger border town of Maigatari.

When the police arrived at the scene of the accident, they only met an army Corporal in camouflage uniform and after a search was conducted on the vehicle, it was found to be loaded with Indian Hemp.

The army Corporal was in the vehicle to give escort to the consignment. He told the police that the owner of the vehicle, one Alhaji Abubakar, took to his heels after the accident